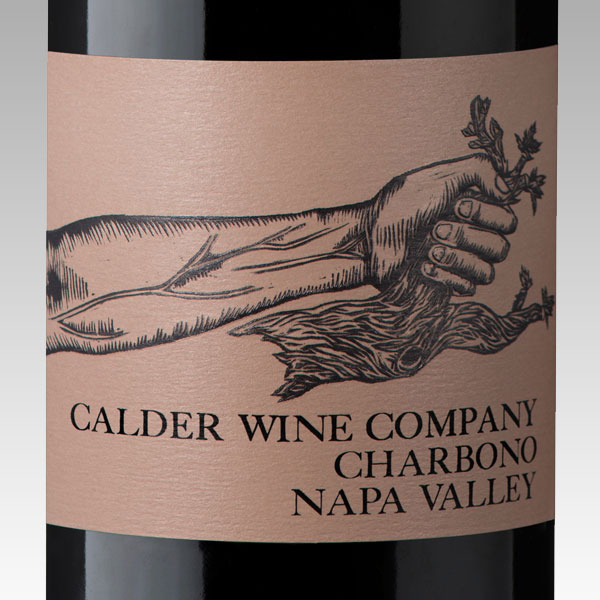 Characteristic of the richness of
the vintage, the 2014 Charbono has a bit more muscle than prior vintages, while
still retaining the bright acidity and highly aromatic profile that I love
about the grape. Black cherry and ripe plum fruit is interlaced with dark
spice, minty earthiness, and top notes that lean toward the floral. Medium- to
full-bodied, it has a savory density on the palate to match its bright fruit,
finishing with a bit of grip.

Part of the Slow Food Ark of Taste, Charbono has a long and wending history in California. Only 70 acres remain here, and it is extinct in its native land of France's Savoie. After arriving in the mid-1800s (imported, it is believed, by the same man who provided the famed botanist Luther Burbank with the source material for his gardens), it was alternately mistaken for Pinot Noir and Barbera until the mid-20th century, when Inglenook's John Daniel began making it famous. Some of these mid-century examples still survive, and serve as inspiration for makers of Charbono today, myself included, to whom Charbono stands as a lasting connection to the heritage and history of winemaking in Napa Valley.

All lots were received on October 10th,
with 75% of the fruit being destemmed straight into the fermentation vessels,
while 25% went in whole-cluster. A spontaneous, short, and warm fermentation
followed, with all lots finishing up in less than a week. During fermentation
only punch-downs were used for extraction. Following fermentation, the wine was
barreled down into French oak (10% new) and aged with three rackings for 28
months. The 2014 Charbono was bottled under sterile filtration on March 9th,
2017.