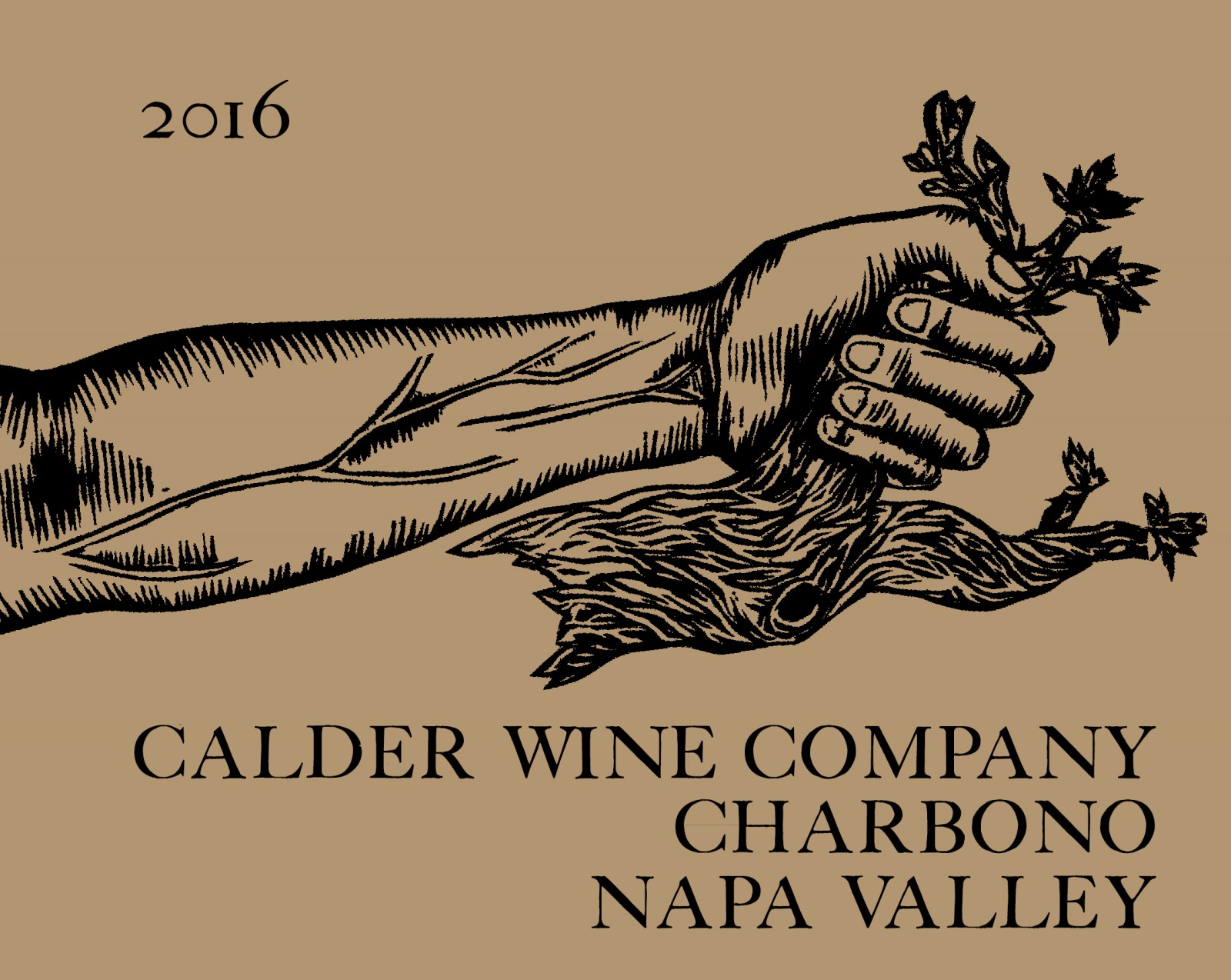 The 2016 Charbono is the second vintage that was produced exclusively with the fruit from the Rossi vineyard in Rutherford. This vineyard is owned by Frog’s Leap Winery, where I work full-time as vineyard manager. In 2008, we planted a little less than 2 acres of Charbono, and it has been my incredible privilege to help train these vines
up the stake, prune them, shape their maturation, and finally share in their
fruit. Dry-farmed, organically grown, and head-trained in the old style, these
vines and the resulting wine represent my attempt to approach the greatness of
the old Inglenook Charbonos, which inspired the creation of Calder and which
continue to shape the vision I have of the character of my home, Napa Valley.

Tasting note: Always very much a mind-bending variety, the 2016 Charbono continues to teach me things about the evolution of this variety during ageing. Initially a bit reticent, with a bit of air come black cherry and ripe plum fruit arombas, interlaced with
dark spice, minty earthiness, and top notes that lean toward the floral. Despite the lightness stemming from its low alcohol, it has a savory density on the palate to match its bright fruit, finishing medium- to full-bodied with a bit of grip. Please do not serve this wine too cold; room temp is enough. I highly recommend aerating the wine, either by decanting or by letting it develop in the glass for a while.

Winemaking: 2.04 tons were harvested on September 13th,
2016. All fruit was de-stemmed. Fermentation was cool and gradual, with
temperatures never exceeding 84F. Daily punch-downs continued until all lots
went dry after 11 days. All lots completed fermentation on the strength of
their indigenous yeasts. Following fermentation, the wine was barreled down
into French oak (40% once-filled, 60% neutral) and aged with three rackings for
24 months. The 2016 Charbono was bottled under sterile filtration on September
19th, 2018.