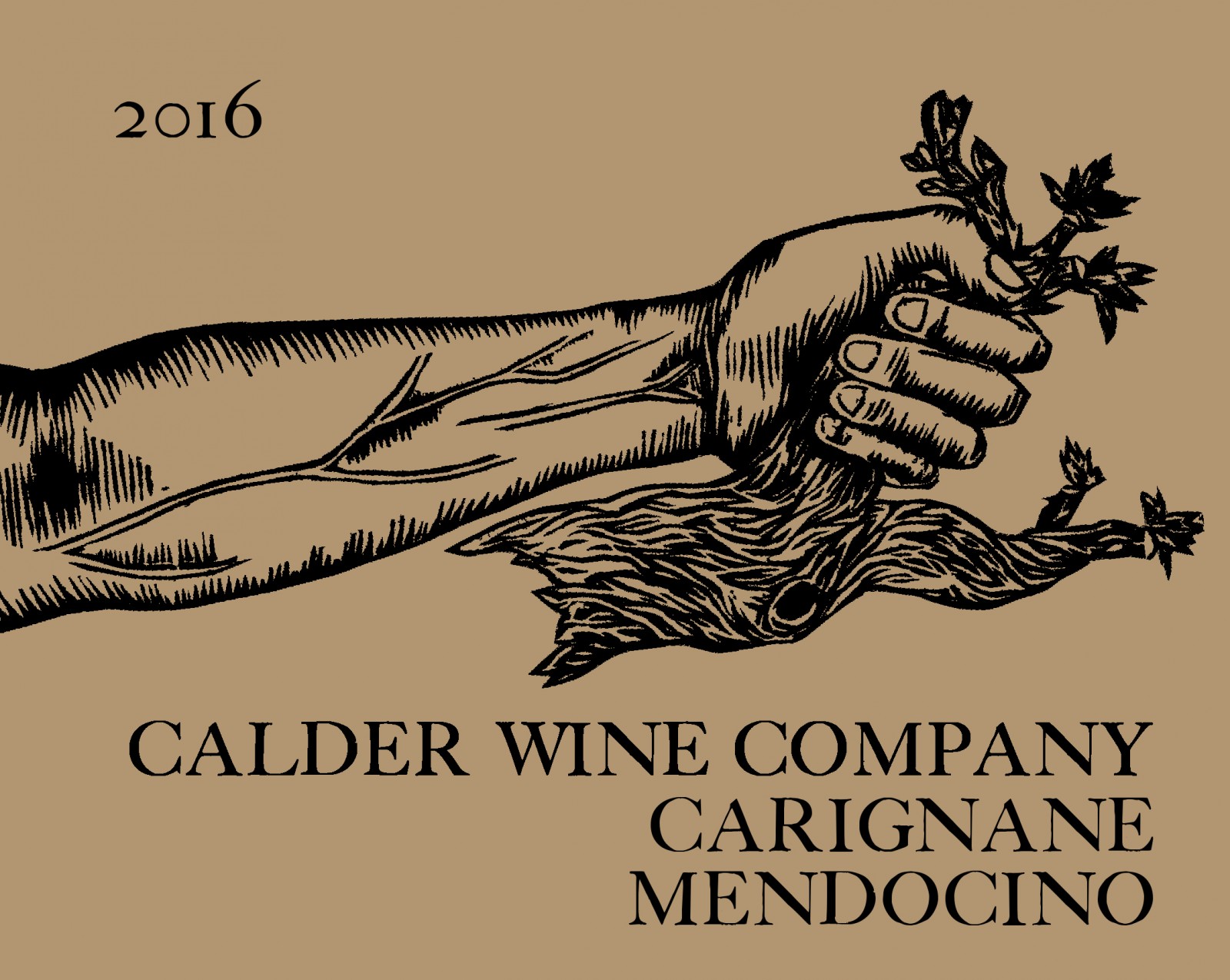 Once again, the Carignane is built from two great sources in Mendocino County, both
farmed by the father-son team of Don and Darrin Colombini. The primary source
(and the sole source for the ’12 and ’13 wines) is the Rovera vineyard, planted
in 1942 in the sandy, quartz-flecked soils of the eastern bench of Redwood
Valley. The Rovera vines have incredibly small clusters and berries, with
correspondingly low yields. This gives the fruit tremendous intensity and
depth, backed by lightning-rod acidity. The Cemetery vineyard, planted 1954, is
dry-farmed in almost pure gravel, and contributes bright cherry fruit and
aromatic lift.

The resultant wine features vivacious blackberry and raspberry aromas inflected with
an iron-like mineral complexity. Carignane has an intensely savory edge to its
fruit: stones, smoke, and celery seeds, evoking the wild herbs and rocks of its
homeland in the Priorat of Spain. I work to soften the edges of Carignane’s
texture (which can be pretty austere) with gentle extraction, giving the wine
smooth lines.

Winemaking:  5.1 tons were harvested from the Rovera vineyard on
September 20th, 2016, sorted, and destemmed; on October 2nd,
1.6 tons were harvested from the Cemetery block, sorted, and destemmed. In both
cases, fermentation began spontaneously and proceeded with twice-daily punch downs
until being barreled down. The two lots aged separately
in 11% new oak for 12 months before blending, then aged a further 24 months
together before being bottled on October 23rd, 2019.